Reflections On The Work Of Adam Curtis

Adam Curtis considers his films to be strictly journalism.

Having unlimited access to the vast archives of the BBC library, Curtis snips and cuts the myriad fragments of visual history to arrange them around themes guided by his own narrative and analysis. To relegate these works to the narrow field of conventional reporting would be to entirely miss their import and effect. The subjects of his films dive deeply into the wilderness of inherent contradictions between reality and the artificial reproductions of reality, between fact and imagination, between linear narrative and memory, and the many ways we rearrange our perceptions of reality to serve our own agendas. His most recent work, the six part series titled Can’t Get You Out Of My Head focuses on the dialectic between historical and psychological forces that drive individuals into increased feelings of isolation and helplessness and the barriers to effective collective action.

The emotional power of well selected images poised in sharp juxtaposition has been  explored as long ago as in the montage techniques pioneered by early filmmakers like Sergei Eisenstein. The use of montage takes us out of the illusory realms of objectivity and well into the territory of ideological expression. Directors like Jean Luc Godard and the ‘underground’ filmmakers of the sixties made radical use of the technique to purposely challenge the conventions of narrative film. While their work was perceived at the time as radical, our immersion in the frenetic medium of television makes them appear prophetic. The rapid disorienting shift between scenarios, the intrusion of seemingly unrelated sequences in commercials and the use of sound as compliment and contrast has increased our ability to shift attention rapidly from one image to another without loosing the narrative thread. Adam Curtis takes advantage of the growing sophistication of our visual language while pushing the form further with each successive work, encouraging us to take larger leaps along with him.

(My favorite film makers of the sixties were the French New Wave’director Jean Luc Goddard and the English director, Nicholas Roeg. Being a contrarian by nature I was always thrilled at the premier of a Godard film on my college campus and particularly pleased when a third to half of the audience walked out in bewilderment or disgust. This I deemed an indication of the film’s success. Both Godard and Roeg used techniques of radical montage to pit direct and sometimes disjointed, emotionally charged images against the linear revelations of plot. Godard went the farthest, often rejecting the very structure of ‘beginning, middle and end’ in films like 2 Or 3 Things I Know About Her, Sympathy For The Devil and See You At Mao. Nicholas Roeg managed to corral these techniques into challenging narratives interrupted by out of synch and out of time sequences taking the viewer out of the linear present into realms of memory, imagination and pure emotion. His use of popular musical icons as actors in films like Performance and The Man Who Fell To Earth became immensely popular with the psychedelic generation.

At least since 1992 with Pandora’s Box, followed by the more ambitious Century Of The Self and into the present Adam Curtis has employed montage with increasing ambition to deliver films that offer historical analysis along with imagery that comes across with devastating emotional impact. To Curtis the purpose of journalism is not merely to report, but to explain. His method is to distill and arrange out of the many sounds and images of a given historical period a presentation of coherent themes that persuade the viewer that his interpretation matches the reality. Journalism in this sense is the art of persuasion.

Human beings are addicted to narrative. If presented with a random set of images our minds will eventually assemble them into stories. If we stare at a wall long enough our minds will weave narratives out of the imperfections in the paint. This is a key to the methods of psychological testing that is critiqued in much of Curtis’ work. Ironically perhaps, it’s the key to his own art and his approach to journalism. When the reporter in a war zone decides to point the lens of their camera they are continually selecting the elements of their own narrative. When Adam Curtis wades through the BBC archives the images he selects are made to fit the preconceived patterns of a story he wishes to tell.

Episode four of his most recent work is titled ‘But what if the people are stupid.’ It’s primary theme is how our disillusionment with institutions born out of the emphasis on individualism in the sixties and seventies morphed into a retreat into nationalism in the eighties and nineties. Curtis pulls together accounts that range widely across the period, from the unsuccessful coup of the Gang Of Four in China to the somewhat tragic life of a transexual pioneer in England, the rise of Al Queda in Iraq, disappointment in the wake of the Live Aid effort and events that led to the crushing of protests in Tiananmen Square. All of these events are bracketed by accounts of psychological experiments carried on by Daniel Kahneman in the seventies leading to the thesis that people’s choices aren’t made primarily on a rational basis but are determined by their previous experiences and how they effect the deeper, mostly subconscious structures in the brain. By focusing on the personal dilemmas and contradictions faced by particular individuals against a backdrop of massive social movements Curtis dramatizes a specific and worldwide shift in our collective experience serving to frustrate our ability to organize coherent resistance to the growing power of elites. This sets us up for the next episode, ‘The Lordly Ones’, which explores the comforting national myths we construct to justify the blunders and atrocities carried out to maintain the rule of dominant capitalist elites over the rest of the world.

On the surface Curtis’ approach resembles that of an historian or archaeologist as much as that of a journalist. All are storytellers and agents of artifice, weaving our perceptions into coherent streams of interpretation and all deal with data fragments from moments gone by. The stories Adam Curtis chooses to tell center on the influence that modern psychology has  had on the manipulative techniques of advertising, the growth and dominance of consumerism, and most importantly the isolation of the individual in the shadow of the capitalist state, rendering concepts such as personal freedom and choice almost entirely irrelevant.

We’ve become helpless as collective societies to effectively act to change our circumstances. Instead, our every activity is measured, tabulated and arranged in predictive models that serve to anticipate and then to manipulate our behaviors. Human behavior has been programmed into machinery that uses algorithms to further the power and wealth of economic elites. Only by breaking free of the conceptual prison of the techno-capitalist state can we even begin to imagine a future that meets actual human needs.

Perhaps we expect that journalism and documentary gives us a more accurate glimpse of the real and the true. What we should have learned in an age of propaganda, ‘fake news’ and the Internet is that in the selection and manipulation of images just about any version of ‘reality’ can be made to appear as truth. In the view of Adam Curtis the true value of journalism is to ‘make sense’ of the world in new and original ways that evolve continually with our continual appetite for the new. This is the only way that we can cast off the oppressive chains of the past. We might do well to make his revolution our own.

Thoughtmaybe.com for access to a full catalogue of Adam Curtis Documentaries and many other worthwhile films.

An outstanding interview with Adam Curtis at: Jacobin.com 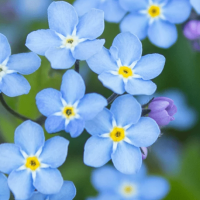 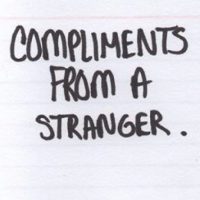