Our brave hidalgo mounts the southbound train and proceeds upon adventures that will bring him face to face not with windmills, as they are of an archaic character and are only of service to cows, but with the true adversaries of this day. Although it’s true that the landscapes of this time and place resemble those in which that earlier hero, Quixote wandered, with its broad and brilliantly lit plains ringed by dark mountains and forested thickets, our hero won’t encounter imaginary giants or dark knights in castles. Instead he finds himself in a wilderness of competing doctrines and beliefs that both claim to explain his reality and threaten to freeze his thinking.

The land is layered in religions and their histories going back even farther than that of ancient Spain. Our train crosses pueblo lands inhabited by clans decked out in turquoise and squash blossoms. There are the cathedrals of the Spanish with their churches of forgiveness and absolution. Then the conquering armies of the Protestant northlands arrive with all of their self-rendered judgements and ever splintering dogmas and styles. Finally the religion of the technocrats arrives, presuming to know with certainty both our past and our future. These are all parts of the soul of New Mexico, for this is a place that exists where many boundaries intersect.

Our hero knows that the country that stretches desolate and dry on either side of this train will never give up their spirit or their mystery. Being a warrior he choses to place himself at the boundary between what we can know and what we will never know. Although he respects science and rationality as sacred tools, honed through long struggles and only recently released from the shackles of superstition, he senses that in any presumption of absolute purity there are seeds to destroy the world.

Observe the Richard Dawkins website.  Here are links to many of the carefully constructed arguments denying that atheism is a religion. Surely Richard Dawkins believes that the purpose of his site is only to defend science against the threatening inroads of fundamentalism. And yet, observe, here is a manual for proselytizing the faith that echoes precisely the rhetoric of religion. (Almost like the Tea Party using Saul Alinsky’s Rules For Radicals as an organizing tool.) Articles on science weave among condemnatory commentary against religions. There are blogs where atheists can talk with other atheists and where we can learn that the scientific method is the only valid means for discerning the truth and that religion has caused most of the problems today afflicting the world. Most importantly we will learn about the impregnable boundaries beyond which reason is excluded (this is dogma).

Digging deeper one will undoubtedly link to the argument that atheists don’t have to prove the nonexistence of God for there is no way to prove a negative. On the other hand, why would one bother? In this argument we are then told that it’s the burden of religion to prove the existence of things like God and the spirit world, but that only the rules of scientific enquiry will be acceptable. Again, why would one bother? When whatever can’t be measured or replicated within the limits of the laboratory or the statistical survey is discarded as superstition there isn’t much room for things that can only be experienced on a personal level. Whatever our experience, we are asked to remove it to someplace deemed ‘the personal’ with the implication that we should keep it strictly to ourselves. If we let it out that would be considered irrational, even mad, a religious act, and therefore it behooves all people in all cultures to submit to a single system of assumptions or humanity is doomed.

Submission is the word and the demand. Militant atheists say they are not a religion, but like every fundamentalist faith their goal is absolute submission, with little respect or regard for those who resist. Some atheists entertain us by calling other cultures and other beliefs “stupid” or “inferior.” They claim the right because science has cured disease and made life longer, if not better. Scientific thinking represents progress and is the salvation of the race. Ignored is the fact that it may also contribute to its doom. There’s little or no acknowledgement of the mistakes and abuses and unintended consequences that have afflicted the history of ‘rational’ thought and no recognition that the worship of progress has led to horrors inflicted on people declared to be primitive and thus evolutionarily ‘inferior.’ While many modern advances in tolerance and human freedom have been led by people of faith, scientists have sometimes been guilty of reinforcing the worst prejudices against those who don’t fit the dominant cultural criteria.

Many atheists complain that they’ve been oppressed by the dominance of superstitious belief, and it is true that they have been, as we all have been. Just about every religion has been oppressed at one time or another and whenever religion is used as a utilitarian tool for governing there are abuses against those who deviate from dogma. On the other hand atheists complain about having to sit and listen to prayers while in effect many are advocating cultural genocide. It is assumed that rule by strict technocracy will be somehow better. One can look perhaps at Communist China to find an answer to that. Militant atheists say that their intention is to advance reason, but beneath the veneer of reason and intolerance of religion one can sometimes detect the stench of cultural bigotry. Atheism, even in its etymology is a belief system defined by other belief systems that it attempts to negate.

Not all atheists are zealots and not all Christians or Muslims are fundamentalists. All religions have their priests and their zealots. Atheism is no exception. Among atheists there is a tribe of militants who follow the prophets on a mission to stamp out religion. They apparently believe that their way is the only way, and that the world will not find peace until the absolute superiority of scientific thinking is accepted by all. When faced with contradictions or paradox they are as mystified as anyone, but they will deny to the last that there is anything in the universe which can’t be measured or known, there are no miracles and the all that we perceive can be reduced to equations. They are intrigued by mysteries but they will never trust in them.

What’s admirable in the scientific mind is that it proceeds with doubt, always testing and challenging its own hypothesis and never claiming to have achieved more than theory. The scientists’ frustration with those who claim to know the boundaries of everything, be they religious fanatics or conspiracy theorists or New Age charlatans, is quite understandable. However,  every major advance in science has challenged the established boundaries, beliefs and assumptions of a particular era. When it ceases to do this it becomes a religion, just like atheism has become a religion.

As our hero drifts across the countryside in this very late autumn, looking down into poor backyards and water filled arroyos, with the crowns of churches poking over reservation trees and the train whistle sounding, he settles once more into the knowledge that he will never know the truth of things. Not the whole truth. All of the books he reads and the faces he meets only open up new mysteries. Our brave hidalgo will always battle dragons because he likes a good battle, but I earnestly wish that he will avoid inflexibility, for the universe is fluid and ever changing. Whatever we think is absolutely certain will likely be challenged and then change again and then again and finally drift off like smoke in the wind. Even science in its long history of trial and error has discovered this.

You Can’t Stop The Signal 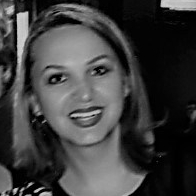 Edge of Humanity Magazine
The Art of Blogging

When a mage is sharing what's on his mind. Business, Motivation, Positive life, Success, Marketing and Good Ideas.

NO MIDDLEMAN ART GALLERY Edge of Humanity Magazine
Free Downloads Misc
Fiery Chef
Im ashamed to die until i have won some victory for humanity.